Runners come to this lifestyle from different paths.  We all eventually pick up a pair of shoes, slide our feet in them and lace them up distinct reasons with varying goals and expectations.  For most the destination of our run becomes more than simply the miles we log or the trails we explore.  Our true destination may not be known for many miles or seasons down the road and in turn each one of us will define what running is. 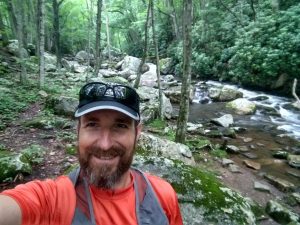 (At the start of Eastern Divide 50K)

Running is an adventure –  More so than a single workout, standalone miles or a collection of miles that becomes a race.  Running is an opportunity to explore new worlds, new trails, new environments and to seek out and find new parts of yourself that may lie unexposed otherwise.  There is nothing more “alive” than exploring our world on foot whether it be the deserts of the South West, the mountains of the Rockies, or the big cities along the East Coast.  Running opens new doors to the marvels of the very world we live in. 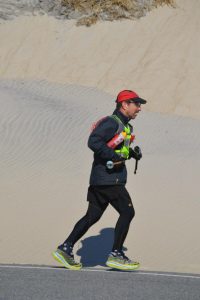 (Among the sand-dunes of the Graveyard 100-Miler)

Running has taken me to locations I only previously saw on postcards or if in person from the worn-out vantage points of tourist.  Running has taken me on adventures to the bottom of the Grand Canyon, the top of the Rockies, the City Center of Miami, along the sandy coastline of the Outer Banks and a perimeter run around Key West just to name a few.

[Tweet “Brian, @cledawgs explains what RUNNING is to him. Come join the conversation, what is RUNNING to you?”]

Running is a community –  Few things are more powerful than a group of like-minded people.  A solo sport by nature but performed within a larger community that is welcoming, and encouraging.  One doesn’t have to look long before you’ll find a running club, a workout or racing group that is looking to link up with you.  Runners more so than any other community want to connect, lift up, encourage and help you succeed.  In the day to day world, it easy to get caught up in the solidity of your own run, but when you look around you’ll see an entire community that your part of once you go for a run. 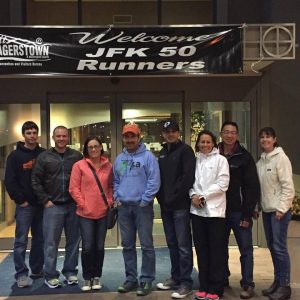 I started my running life as a lone-wolf, and that lasted until I wasn’t.  My running journey started on a cold dark morning, logging miles alone before I went to work.  It stayed that way for a few years until I choose to look beyond my miles, my goals and my next race.  With a view beyond my run, my running world slowly grew into a collection of new friends, clubs, and social circles that became my running world, and my community of like-minded people.  A single lonely mile transformed into relay teams, training partnerships, run clubs, race teams, and community relationships all built on the same desires and passions.

Running is inspiring –  The winner standing on the podium, the first finisher to break the tape or the one who travels the furthest distance are often propelled by the accomplishments of others.  At times, it’s hard to see the future while locked in the very personal struggle of trying to overcome doubt, limits or misconceptions the world has placed on you.  Through examples of others, one can see that goals can be reached, barriers can be removed and desired results achieved. 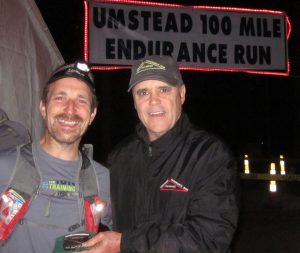 Standing among the finishing crowd at an awards ceremony I’ve often thought, if that person could do it, there is no reason that I can’t.  Granted for some world-class performance goals it may come down to genetics or God-given talent, but through the victory of others, I have been able to see that I am capable of some much more.