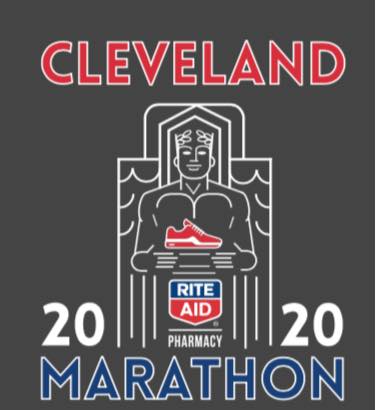 2018 and I’M COMING BACK for a bigger and better challenge.

That’s right for the 41st running of the Cleveland Marathon, my 3rd time running this great event….I’m going all out.  I’ll be running the Rite Aid Cleveland Marathon Challenge Series designed for runners and walkers who wish to challenge themselves! The challenge series is divided into three levels of varying difficulty and requires a 2-day commitment from participants:

Come run with me, use discount code BBCLE10 for a special discount on race entry fees!

The 40th running of the Cleveland Marathon was…in a word OUTSTANDING.

I’ve spent much of the last 29 years moving around the country and the world.    I grew up in Erie, Pa, then joined the military.  During my 20 year military career I lived in various locations.  After hanging up my Air Force uniform I was fortunate to land an excellent job in a new location.   The last 9 years I’ve been commuting to and from my job, the word “Hometown” had lost much of its meaning.  My roots in anyone one place were never deep.  Yet, something was always a constant during this time.

I’m not from Cleveland.  I’m a Browns fan first and foremost.  With my love for the orange and brown I’ve spent a lot of time in Cleveland and have a ton of friends there.  Over the years, with many visit for Browns games, I have grown fond of the city.   In 2013, I ran the Cleveland Marathon for the first time and to be honest it was just another race. The 2014 edition, the 40th running of this great race was different, I felt like I came home.

THE EXPO: This year I was fortune to team up with Jill Grunenwald, another inspiring author to have a booth on the expo floor.  Jill wrote a book capturing her tales from running at the back of the pack with “Running with Police Escort.” I had my book “Running to Leadville” available as well.  “Running to Leadville” is a fictional story based loosely on my life and also a story about what it takes to run 100-miles in the high Colorado Rockies. I had a fun time meeting runners, readers and fans of my work. It was enjoyable to be “part” of the Cleveland Marathon Experience and not solely a consumer of the event. THANK YOU to all who stopped to talk about running, asked questions, and picked up copies of my book. It was great to meet “face-to-face” many of my SM friends and to make new ones.

Yes I’m the geek who forgot to take off his reading glasses before the race and ran the entire race with them around his neck.  My wife, Michele still thinks I’m cool and Guinness Book verified I ran the fastest marathon ever wearing reading glasses.  So I have that going for me….

THE RACE: A marathon is not easy. Although the race organizer repeatedly broadcast over the expo PA system that this year’s course was easier than past routes, I still found the 26.2 miles challenging. Maybe it was the fact I was coming off a 100-mile effort at the Umstead Endurance Race (1 April) or maybe it was the 75-miles at the 24 Hour Run Against Cancer in late April. Or maybe it was two days on my feet at the expo, but the marathon and mile 22 respectively got the best of me.

As I posted on my Instagram account, few starting lines have captured my attention the way the Cleveland Marathon starting line did. Standing in the center of Cleveland, next to the Q and near Progressive field with the famous banner of Lebron in front of the crowd of racers I was hyped and ready to get to work. I thought the starting line would get to congested with all the races (marathon, half and 10k) starting at the same time, but I was wrong. The beginning of the race rolled out without issues and it was fun running with members of all race distances prior to making the split.

My wife walked the 10k and got to hang out with some “Super Heros.”

After running the city portion of the route, I quickly learned the course had some teeth to it. This was not an easy course, there were hills, turns and a mentally taxing out and back section that tested your mettle. And I enjoyed it. Later I heard some feedback on the SM circuits that some people were complaining about various aspects of the race and I’ll be honest I don’t get it. The marathon is not supposed to be easy. If the route has hills, you run them. If the course makes some twists and turns, you fight through them. If there is a long out and back section, you power along it. If you did not eat right, stood on your feet for two days and forgot to hydrate properly in the days before the race…you don’t complain…you run the best race you can.

Did I mention it rained….

The Cleveland Marathon did what it was supposed to do. The race provided a fun, entertaining tour of downtown Cleveland while making you earn the finishers medal. I finished short of my sub-four marathon goal, with a time of 4:04:06. I earned that time, I suffered to get that time and I had a wonderful time doing it.

Hats off to the four hour pace team, pictured above, whom I ran with for much of the day.  I think their names were Ally, from Pittsburgh, and Angel, from Cleveland.  They did an outstanding job leading the four hour group.  One runner commenting that this was the best tour of the city he had ever had.  Ally later stopped to help a runner with serve cramps around mile 22, I stopped as well to help get this guy stable and left him my water bottle.

THE SWAG and POST RACE PARTY: I loved the finishers shirt and medal.  This was my 20th marathon and I have run nearly 50 ultra-events, it takes a lot to make me look at either more than once. BUT I really liked the design and color of the shirt and medal…they go together. I did not stick around for the party in Public Square, I was beat, soaked to the gills and wanted to get back to see my son (who is stationed in Cleveland with the Coast Guard) we had a chicken wing date. From what I could tell on my walk back to my car many enjoyed the post-race party.
Well done Cleveland, you hosted an outstanding race.  Although I don’t plan to move north anytime soon (too cold for my bones) I do consider this race my hometown race.

Disclosure: I was selected to be a race ambassador for the Cleveland Marathon and received a free race entry. This DID NOT influence this post in anyway. I tell it like it is…period.