Just over 13 years ago, 31 March 2005, I pulled into the parking lot of the 352 Special Operations Group, RAF Mildenhall, my duty section while in my last year of an overseas tour. 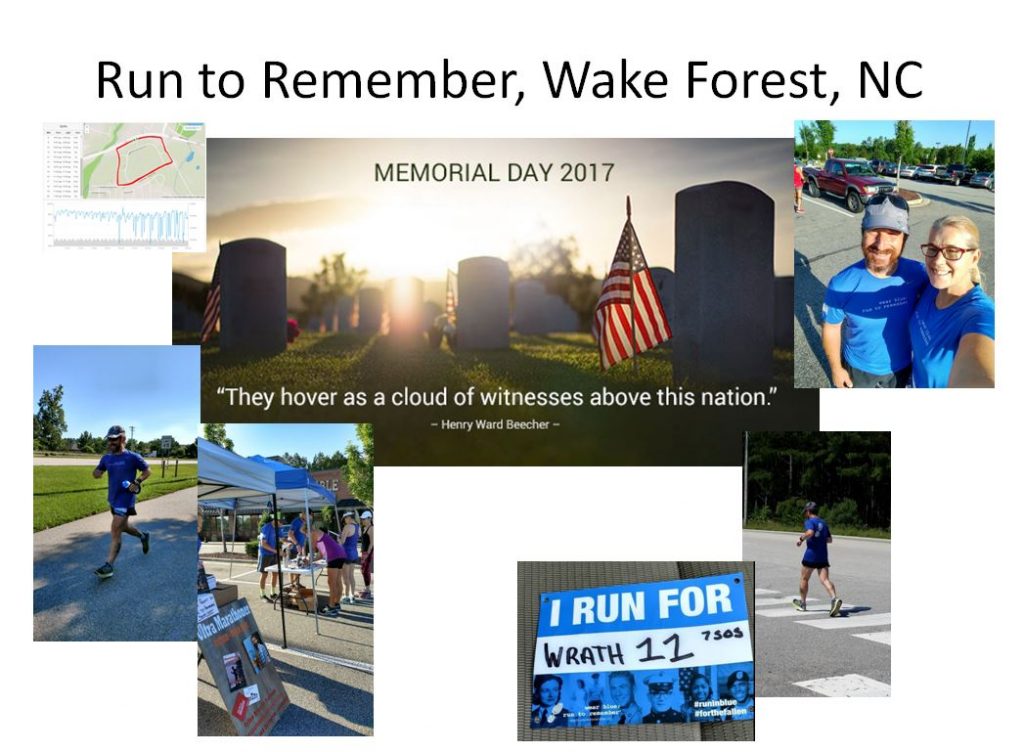 The last four years the Global War on Terror had been in high gear and the SOG was in the fore front of operations in Europe and the Middle East. During that time I was the superintendent of Deployment Logistics. In simple words, I was in charge of putting the SOG assets in a position to inflict our will on the enemy. We did it very well.
Something this morning was different. The parking lot was full and the building was buzzing with activity. At this time of the morning, this was not the norm as I was always one of the first to work.
Walking the hallways, making my way to my office I knew something was just not right. Was there another terror attack against the U.S., England or a European ally? Or something worse?
Before I could make my way to my desk, my worst fears were confirmed…we had lost an aircraft, and all those aboard.

Today, I Run to Remember the crew of WRATH 11 an MC-130H Combat Talon II assigned to the 7th SOS. I also run for ALL THOSE who have given their life to defend this GREAT country.