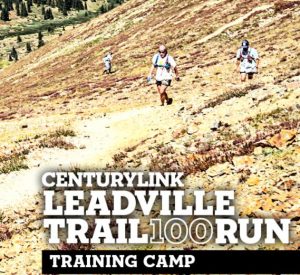 Sports camps should not be just for kids.  I never got to go to a sports camp as a kid.  Until signing up for the Leadville Trail 100 Race and Run Camp I thought my days of attending a sports camp were like water under the bridge…gone.  We work hard for our money; every adult should follow their passion and attend a sports camp of their choosing. 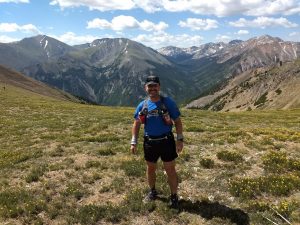 Going from sea level to 10,200 feet in less than 10 hours hurts!  I first felt the headache when I arrived in Denver, by the time I got to Leadville I was concerned.  That first night trying to get some sleep…I thought I might die!  Now I’m no doctor, I have not attended medical school, and although I was once an extra in a movie (the Box) it was not in the medical profession.  Alarmed, I Googled “Altitude sickness” and followed the self-treatment advice of hydration and over the counter aspirin.

The town of Leadville is unlike none other.  Whether it be in the tattered remains of the old west, or remnants of the glory days of the gold and silver rush the proud history and culture of Leadville is still alive and well.

People are Great.  I met a lot of very supportive people at Run Camp.  Whether it was other runners, race management or the residents, the Leadville Trail 100 is a major undertaking and I got the sense the whole town supports the race series.

They treated us like professionals.  Everything needed to run 61-miles over three days at 10,000 ft was ready and waiting. 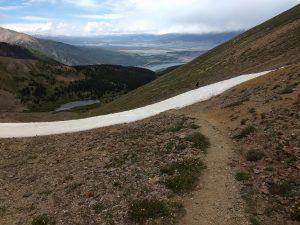 (The trail into the snow)

The course preview was invaluable.  Prior to run camp and over the 2-years it took me to write a fictional story about this 100-mile race I spent a lot of hours researching the town, history and the course.  I felt like I understood the challenge.  NOTHING replaces shoes in the dirt. 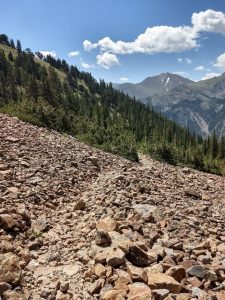 (The climbs were taxing, but wonderful)

My lungs did not explode!  Honestly, I was scared to death that I would be totally gassed in the first 50-yards of the very first run.  I had many sleepless hours wondering what I was going to do if I could not complete the three scheduled runs.  I’m not saying it was easy…but I ran strong, smart and not out of breath.  I finished each of the three runs in the upper half of the pack.

The views were breath taking.  Our world is made up of so many wonder sites.  Sometimes I think while we live in the concrete jungle we forget how much natural beauty there is.  Run Camp reminded me that we need to get out into the country, to climb a mountain, play on the beaches, hike a forest trail and simply be outside more!

The long-sustained climbs are no joke.  Coming from the relatively flatland of Richmond, Va nothing could have gotten me ready for the climbs.  Whether it be Sugar loaf, Power line or the double crossing of Hope Pass my legs took a beating.  The view was defiantly worth the effort, it was breath taking standing on top looking back from where I came from. 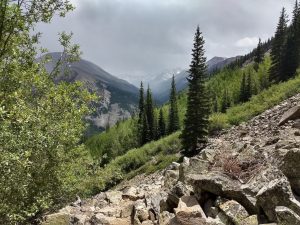 (If your why is big, your how is easy)

The Leadville Race Series is family.  I’ve been to events where I felt welcomed, but here I truly felt from the people who worked in the retail store to Quinn, Paul, including Ken and Merilee that everyone wanted me to succeed.  Now I will say…they will not give you a second on the clock…but if you keep fighting, if you keep moving, if you DIG DEEP…they will do everything to help you reach that finish line and get your buckle. 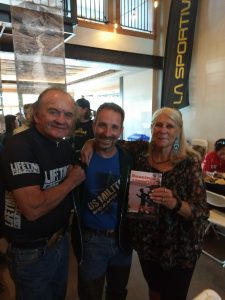 The Leadville Race and the town of Leadville have a pull on me that I can’t explain.  I first stumbled across this race while watching the film titled 1hundred  where something called me. I enjoyed following the story of four runners as they took on the 100-mile challenge.  At the same time, I had this story to tell, I had a character in my mind much like myself who needed to overcome some past hardships and he needed to find himself.  I knew there would be no better stage to tell this story then on the stage of the highest 100-mile race in the country, Running to Leadville was born.  A story that could only be told by a runner, but it is so much more.

Leadville, Co. home of the Leadville Trail 100 – I can’t explain it…I fell in love with a town, a vibe, a community and I felt challenged by a race that captured my imagination.

This week, begins my Summer of Leadville.  I’ll be attending the Leadville Trail 100 Training Camp.  What is “Training Camp?”

Paraphrasing from their web site, Training Camp is a informative look at the country’s most scenic and perhaps most challenging ultra-marathon course. Three days of training runs, which provide an opportunity to see all sections of the #LT100 race course, and attend sessions with race veterans designed to help Leadville hopefuls get the most out of their race experience.

21 June – My adventure begins, west bound to the land of thin air and high mountain peaks.

23 June – Saturday – Run #1 Starting at 8:00, we will run from May Queen Campground to Twin Lakes Fire House (Red line on the map below, 26 miles).  After the run there will be a post race dinner and panel discussion “What it takes to finish the Leadville Trail 100″ with elite runners,  and race management.

25 June – Monday – Run #3 begins after a 2 pm panel discussion with past finishers, we will run from May Queen to the race day finish at 316 Harrison Ave (Orange line, 15 Miles).

That’s 61 miles and 8500+ feet of elevation gain over three days and an experience of a lifetime. 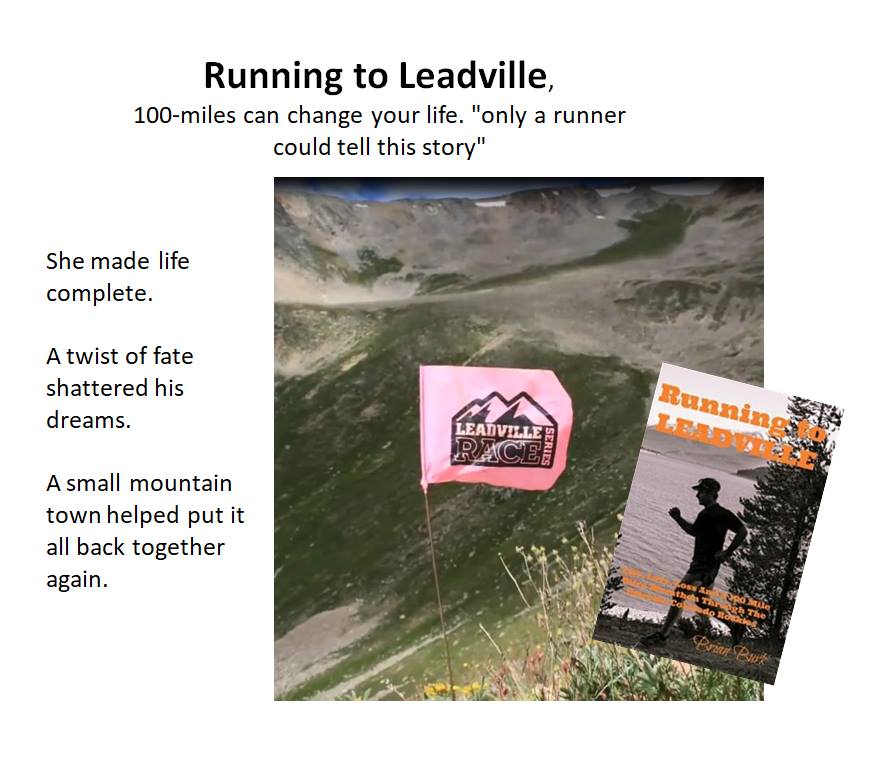 Why run Leadville?  Along with testing my endurance limits, I enjoy writing and telling a story.  As I discovered the small mining town and fell in love with its culture and the ultra-vibe…a story came to me that could only be told on the Leadville stage.  Running to Leadville – A captivating account about a lost soul, a small Colorado mining town and a 100-mile trail race that changes lives. A tale that will take you to the top of Hope Pass and beyond.   “A story that could only be told by a runner.”